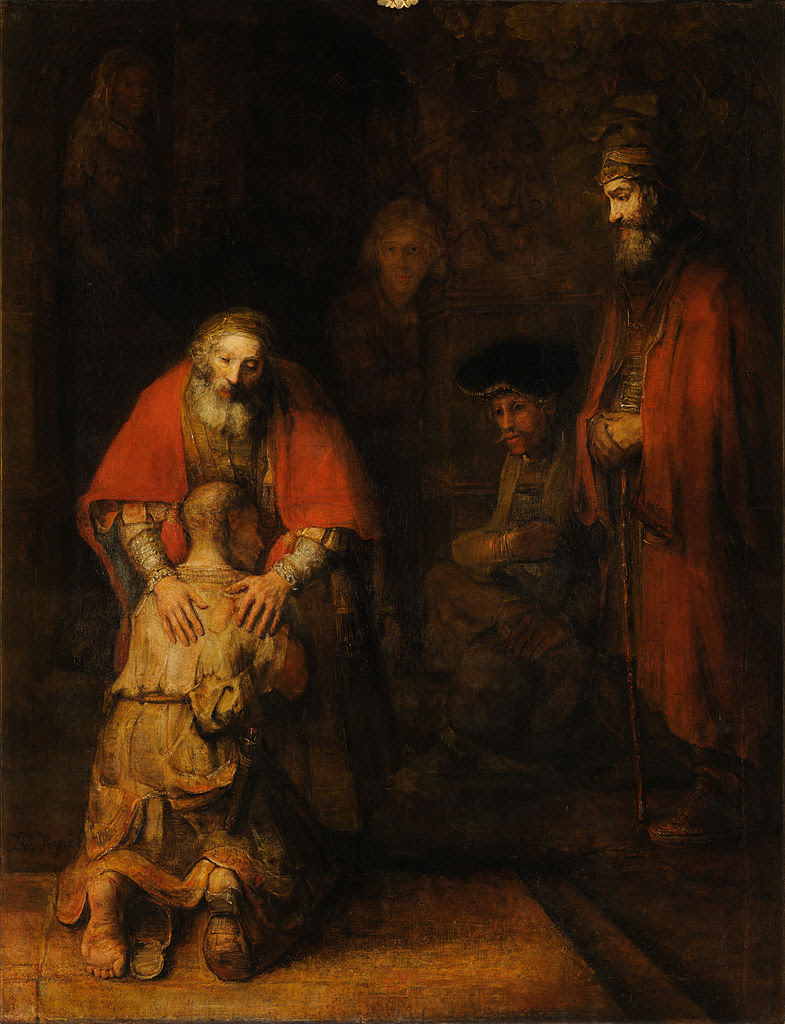 Rembrandt, The Return of the Prodigal Son, c. 1668[/caption]

You know what was one of the most surprising things about this Lent for me? The unexpected lessons from the Father, the bearhugs He gave me that have been both a little painful and a lot heart-warming.

He’s shown me some hard truths… some of the dirt I’ve missed -- or frankly, ignored -- but He’s been pretty gentle in how He’s done it. In my case, it was a good dose of humility... just when I think I'm well on my way to having this pride thing licked, He shows me that it's a lot bigger onion than I realized!

But even more than pointing the dirt out to me, He’s shown me how much better I look when I get cleaned up!

I used to be afraid of that kind of Fatherly discipline, but now I thank Him for it. If I remember.  :-)

What are the unexpected -- but good! -- lessons that He's taught you?
Posted by Unknown on 4/09/2015
Labels: Discipleship